The Autism and NDD GIS has operating committees ensuring the dynamism, consistency, and scientific relevance of a research network linking researchers, practitioners, and non-profit organizations. 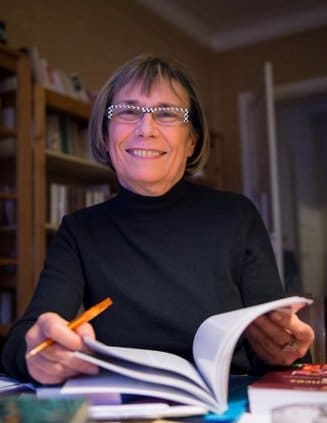 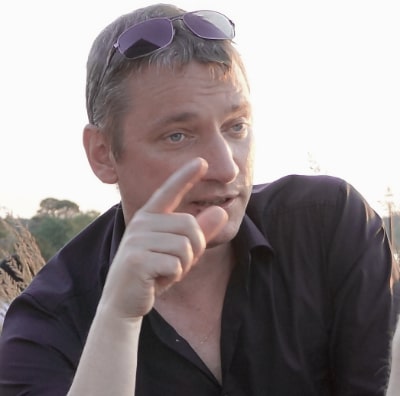 The Institutional Committee brings together representatives of the GIS’ partner institutions: CEA, CNRS, INRAE and INSERM.

Ensuring the relevance of the scientific initiatives carried out by the GIS, the Institutional Committee deliberates on any questions relating to the life of the network. On proposals from the Scientific Advisory Board and Operational Committee, its role is particularly to decide on the scientific orientations, research projects, specific operations and proposed measures intended to promote collaborative research initiatives.

The Scientific Advisory Board brings together 10 scientists, internationally renowned in the disciplines concerned by GIS activities, and essential for understanding the complexity and variety of the research fields in neurodevelopmental disorders: neurosciences, psychiatry, pediatrics, psychology, genetics, the human and social sciences, language sciences, and information and communication sciences and technologies.

As an advisory body that ensures the scientific quality and relevance of GIS activities, it suggests initiatives and presents recommendations regarding the scientific orientations and annual activity program of the GIS.

Chair of the Scientific Advisory Board - University of California, San Diego, USA 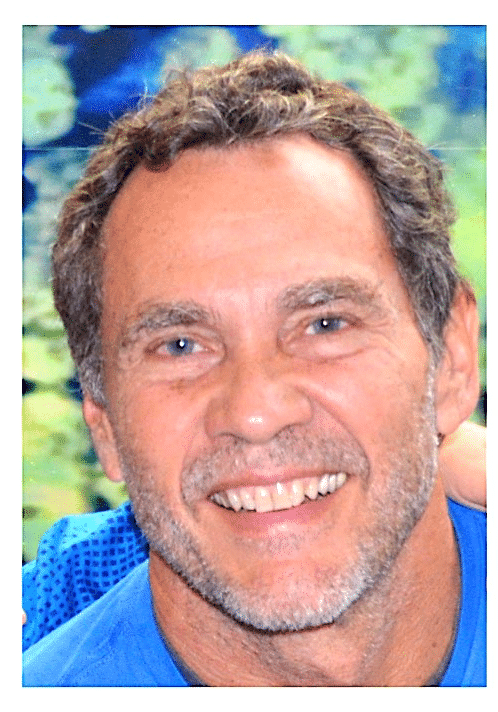 Chair of the Scientific Advisory Board - University of California, San Diego, USA

Eric Courchesne, Ph.D. is Professor of Neurosciences at the University of California San Diego (UCSD) School of Medicine and Co-Director of the UCSD Autism Center of Excellence. He is a globally renowned leading expert on transcriptomic, neuroanatomic, and neurofunctional abnormalities in autism spectrum disorder (ASD).

His research has shed new light on the neural and genomic bases of the prenatal and early postnatal development of ASD. He has discovered that ASD involves the excessive generation of neurons in prenatal life, thereby identifying the first trimester as the time of origin of ASD in many cases. He has identified gene expression ASD diagnostic signatures as well as gene networks associated with the severity of the social symptoms of ASD. Additionally, he has found neurofunctional biomarkers that predict the severity of communication and language disorders. These data enable early-age diagnosis, prognosis, and rapid treatment referral. His most recent studies, using molecular and cellular approaches, and integrating characteristics of brain growth and function, have elucidated the clinical heterogeneity of ASD at the individual level. This provides a more comprehensive understanding of the ASD subtypes in children. His brain imaging studies have also identified a gene expression profile that underlies early brain overgrowth in very young children with autism, as well as abnormal patterns of brain growth from early childhood to adulthood. His studies have also discovered that microglia activation is one of the keys to ASD pathophysiology. Professor Courchesne has published over 200 research papers in JAMA, Science, Neuron, Brain, Nature Neuroscience, and the New England Journal of Medicine.

Marc Abramowicz is a clinical geneticist, Professor at the University of Geneva, and Head of the Genetic Medicine Department of the Hopitaux Universitaires de Genève (HUG), Geneva, Switzerland. He is also a Professor of Medical Genetics at the Université Libre de Bruxelles, Belgium, and was head of the Medical Genetics Department of Hôpital Universitaire Erasme, Brussels, Belgium, from 2009 to 2017.

Peter Bearman is Director of the Interdisciplinary Center for Innovative Theory and Empirics (INCITE) and Cole Professor of Social Science in the Department of Sociology at Columbia University (New York, USA).

He co-designed the National Longitudinal Study of Adolescent Health and is a specialist in network analysis and historical sociology. He is author of Doormen (University of Chicago Press, 2005) and, with Adam Reich, of Working for Respect: Community and Conflict at Walmart (Columbia University Press, 2018). He is currently co-editor, with Shamus Khan, of the Middle Range Series at Columbia University Press. He is a member of the American Academy of Arts and Science and the National Academy of Science.

Cornelius Gross is a neuroscientist, researcher in structural and molecular biology, and Interim Head of the Epigenetics and Neurobiology Unit of the European Molecular Biology Laboratory (EMBL) in Rome, Italy.

His research aims to understand the neural circuit mechanisms controlling instinctive behaviors in mice, with a special focus on fear and anxiety. As a postdoctoral fellow, Professor Gross discovered a developmental role for serotonin in determining anxiety-related behavior and identified the serotonin receptor responsible for the therapeutic effects of antidepressants. His laboratory is currently focused on characterizing hypothalamic and brainstem circuits that regulate social fear in mice and understanding the role of microglia in determining the wiring of behavioral circuits during development. In 2013 he was awarded an Advanced Grant from the European Research Council (ERC) to study hypothalamic fear circuits in the brain.

Renzo Guerrini M.D., FRCP, FAES is a Professor of Child Neurology and Psychiatry and Director of the Neuroscience Department at Anna Meyer Children’s Hospital, University of Florence, Italy.

His previous academic positions include professorships at the University of Pisa, King’s College London, and University College London. He has served on the editorial board of several journals and book series. Professor Guerrini has chaired the Commission on Pediatrics of the International League Against Epilepsy and was designated ILAE Ambassador for Epilepsy in 2003. He received the Award for Research in Clinical Science by the American Epilepsy Society in 2012 and the Elisa Frauenfelder Prize for Research and Innovation in 2019. He has been the coordinator of numerous research projects, including DESIRE (Development and Epilepsy - Strategies for Innovative Research to improve diagnosis, prevention and treatment in children with difficult to treat Epilepsy), a major EU research initiative. He has co-authored over 600 papers in peer-reviewed journals, as well as 12 books.

She founded and has run the Dyscovery Centre since 1997, an interdisciplinary center providing assessment and intervention for children and adults with a range of developmental disorders including dyspraxia (also known as DCD), ADHD, dyslexia, specific language impairment, autism spectrum disorder, and behavioral disorders. Her background as a GP and also working with the pediatrics and psychiatric communities has provided her with an excellent understanding of developmental disorders in both child and adulthood. She has lectured internationally, addressing over 30,000 teachers, health professionals, and parents. She is currently patron of the Dyspraxia Association in New Zealand, advisor to the Dyspraxia Association in Ireland, and Medical Advisor to the Dyspraxia Foundation in the UK. 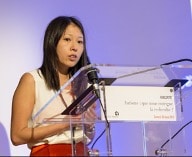 Eva Loth is a psychologist, Associate Professor at the Institute of Psychiatry, Psychology and Neuroscience (IoPPN), King’s College London. She is also Deputy Director of the AIMS-2-TRIAL, a European consortium funded by public and private funds aimed at identifying and validating biomarkers of autism spectrum disorder.

Her work integrates developmental, cognitive and neuroimaging approaches to understand the interplay between social, emotional, motivational, and cognitive processes in “typical development” and neurodevelopmental conditions, notably autism. A key focus of her current work is on creating individual profiles of strengths and difficulties across these areas that can be clinically used to stratify a diverse condition into more homogeneous subgroups and help predict a person’s developmental outcome or therapeutic needs.

Jeannette Schaeffer is an Assistant Professor at the University of Amsterdam, a linguist specializing in language acquisition by people with “typical” and “atypical” development.

Her research concerns the acquisition of language by monolingual children, as well as multilingualism, particularly in individuals with language disorders and autism spectrum disorder. Besides using behavioral experimental techniques, Jeannette Schaeffer also has a special interest in brain imaging and electrophysiological techniques to collect data.

Kristiina Tammimies is an Assistant Professor, head of a research group interested in decoding the genetic and molecular pathways involved in neurodevelopmental disorders.

The main focus of her research is to understand how genetic factors contribute to the etiology of neurodevelopmental disorders and how these factors translate into biological pathways affecting brain development. In specific projects, her team is also aiming to investigate how genetic factors can be used to predict the outcomes of treatment and training that are used to help individuals with such disorders. To answer these questions, Kristina Tammimies uses genome-wide techniques, such as whole genome sequencing, combined with bioinformatic and experimental approaches. 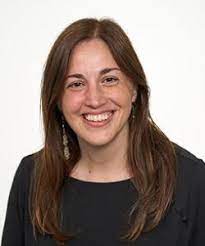 Evdokia Anagnostou’s research focuses on improving outcomes and quality of life for children, youth, and adults with autism and related neurodevelopmental conditions and their families. She is the co-lead of the Autism Research Centre at Holland Bloorview Kids Rehabilitation Hospital with Dr. Jessica Brian, Co-director of Bloorview Research Institute, and holds the Dr. Stuart D. Sims Chair in Autism and the Canada Research Chair in Translational Therapeutics and Neurodevelopment.

Dr. Anagnostou studies the different biologies (from genes to brain structure function, to omics), underlying neurodevelopmental conditions, how such differences predict symptom profiles and strengths and challenges, and how such insights can translate into novel interventions.

The missions of the Operational Committee are to facilitate the network of communities (scientific, medical, nonprofit, etc.) involved in the field of neurodevelopmental disorders, and to coordinate the activity of the network components (including research units and clinical departments).
The Operational Committee performs an inventory of the various components involved in research relating to the GIS remit and, if necessary, proposes the inclusion of new expertise in the network.

Objective: Using very preterm infants as a model, to integrate environmental factors into pathophysiological research on autism and neurodevelopmental disorders, and to elucidate the molecular mechanisms through which they lead to this pathology of neurodevelopment.

Objective: To identify biomarkers reflecting the pathophysiological mechanisms in the neural networks impacted by neurodevelopmental disorders, particularly in children.

Evolutionary trajectory from adolescence to adulthood

Evolutionary trajectory from adolescence to adulthood

Coordinator : Professor Marie-Odile Krebs U1266 Institute of Psychiatry and Neuroscience of Paris

Objective: To conduct genetic and clinical research for a better understanding of developmental disorders in adolescence: a period of high vulnerability linked to major brain remodeling and complex changes in relationships with the environment, stress factors.

Objective: To improve our understanding of the clinical profiles, and medical and psychiatric comorbidities through epidemiological, biological, cognitive and brain imaging studies in order to develop appropriate diagnostic tools and new therapeutic strategies.

Objective: The pathophysiology of neurodevelopmental disorders and their functional consequences cannot be understood without a thorough description of typical neurological and cognitive development, allowing the modeling of learning and its trajectories throughout childhood. This thematic area calls on complementary expertise, from behavior to imaging, from animals to humans, from fetuses to adults, with the aim of redefining the explanatory frameworks of child cognitive development and learning.

You can find out more about which cookies we are using or switch them off in settings.

This website uses cookies so that we can provide you with the best user experience possible. Cookie information is stored in your browser and performs functions such as recognising you when you return to our website and helping our team to understand which sections of the website you find most interesting and useful.

Strictly Necessary Cookie should be enabled at all times so that we can save your preferences for cookie settings.

If you disable this cookie, we will not be able to save your preferences. This means that every time you visit this website you will need to enable or disable cookies again.